I was planning making a post the goes over my number for the first full month, showing what's working and what's not.

Well, that's not gonna happen because nothing is working. I haven't added up my March numbers yet because they suck balls.

I got off to a decent start for the first two weeks in Vegas, but the last three weeks or so have been an epic failure. Tournaments, donkaments, NL cash, Omaha. Everything!

I don't mind the ups and downs, especially in tournaments. But when it's only down down down, then it's really hard to get motivated to leave the apartment and dust off another buy-in. It feels like I'm saving money by not playing, which is a terrible mindset to be in.

I've been in poker long enough to that I was gonna have some losing months, but I didn't think it would be the first month.

The only saving grace last month, and what kept me from filling out job applications, was the Golden Nugget $140 tournament that runs every Sunday 9am. I've played in five of them so far, and they've been in the 50-60 player range. I had three straight Final Tables, all finished with deals for a total of $3355. 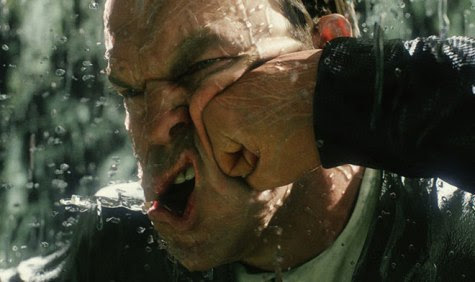 On a personal note, the house hunting is not going well. My price range is $80k - $100k in cash. Most of the homes in that range are not in the neighborhoods that I want to live in, especially if I'm coming home at 2am with a pocket full of cash. I may have to start looking at condos, even though I really don't want to. At my price range, I'll just be buying an apartment, which is not what I want.

As for the blog, I do have two Hands Of The Day; a tournament hand, and $1/$2 hand. Hopefully I will get around to typing them up in the next week or so.
Posted by GregDude at 10:42

Email ThisBlogThis!Share to TwitterShare to FacebookShare to Pinterest
Labels: Me and the Blog

Not sure what your bankroll situation is, but I was recently reading about another player in a similar situation that was having trouble at $1/$2. His solution was to switch to $2/$5.

What he found was that there was a lot less variance at those stakes due to fewer "bad" players, but that there were still enough "Fish" players to make the game profitable.

Really a fantastic casino.you can expand quality holidays time on this malaysia online casino free bonus no deposit required . keep play and enjoy yourself .Thanks

All the best for you!fighting!
Check it out!
Online Casino Malaysia

I think most people would agree with your 918kiss article. I am going to bookmark this web site so I can come back and read more articles. Keep up the good work!

I would be grateful if you continue with the quality of what scr888 jackpot cheat we are doing now with your blog ... I really enjoyed it

You have got some great posts genting live casino malaysia in your blog. Keep up with the good work.

For my entertainment, I have always chosen very complex online games, because this is the only way to increase interest and desire to complete the game with a victorious ending, and in addition, the game develops, improves and becomes more complicated, thereby increasing personal intellectual level, which, by the way, is very important for self-development of personality. In addition, abrupt and unexpected changes that can occur in the process itself have a positive effect on the speed of thinking, which I also like. Developing these mental qualities in myself fosters intense mental activity that helps me win at the top online casino . And big wins bring incredible pleasure and joy of victory in the slots of the Jennycasino.com online casino.

Pageviews In The Last 30 Days